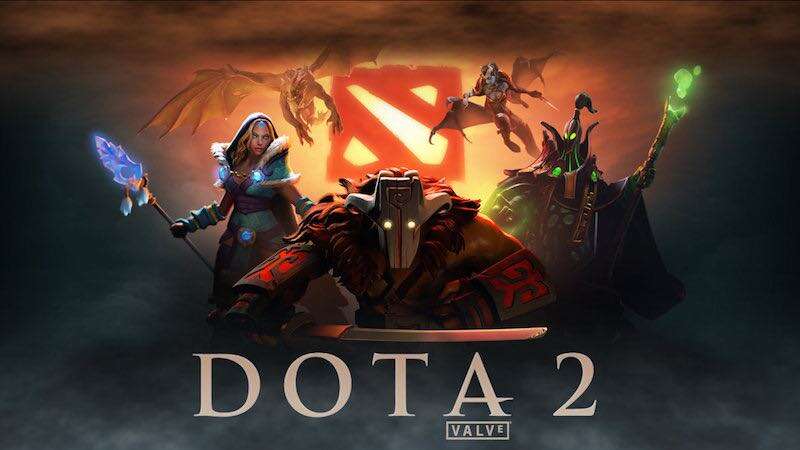 Death of the Ancient 2, commonly referred to as DOTA2, is one of the most renowned games amongst gamers. This game has managed to garner the largest prize pools in eSports history, and it has the privilege of being watched by millions of game lovers around the world. However, just like every other thing, DOTA 2 also seems to have some setbacks. Despite being evolved, the game still fails to keep gamers hooked to it. Hence the need to replace DOTA 2 is felt.

So, if you are bored with the game and looking for better alternatives, you have come to the right place. As in this article, we have compiled a list of the best DOTA 2 Alternatives. As you are already aware that DOTA 2 falls under the MPBA genre, we have made sure to present you with Games Like DOTA 2 that also fall under the category of the MOBA genre. So, let’s get started.

As a long-time DOTA 2 player, you’re well aware that it’s part of the MOBA genre. This article offers the greatest MOBAs you should consider playing now.

Prime World is working to provide a completely distinct MOBA experience by constructing its fundamental gameplay around high character customization with the aim of delivering unequaled variety in the MOBA genre by way of a smaller, more adaptable cast of controllable heroes. Though Prime World mostly succeeds in making an original game and in accomplishing this goal, it does have the learning curve problem to contend with.  It is new and a unique entry in Games Like DOTA 2.

Prime World maintains its traditional MOBA gameplay but is also set in the conflict between two nations (Dokht Imperium and Keepers of Adornia), each vying for control of the Prime, a source of energy. While many other games in the genre function as nothing more than a framework for the MOBA action, this story lets the player define its heroes as great combatants on both sides of the genre’s traditional PvP/PvE combination. This means that while the heroes were tied to their nationalities, they also had similar counterparts. 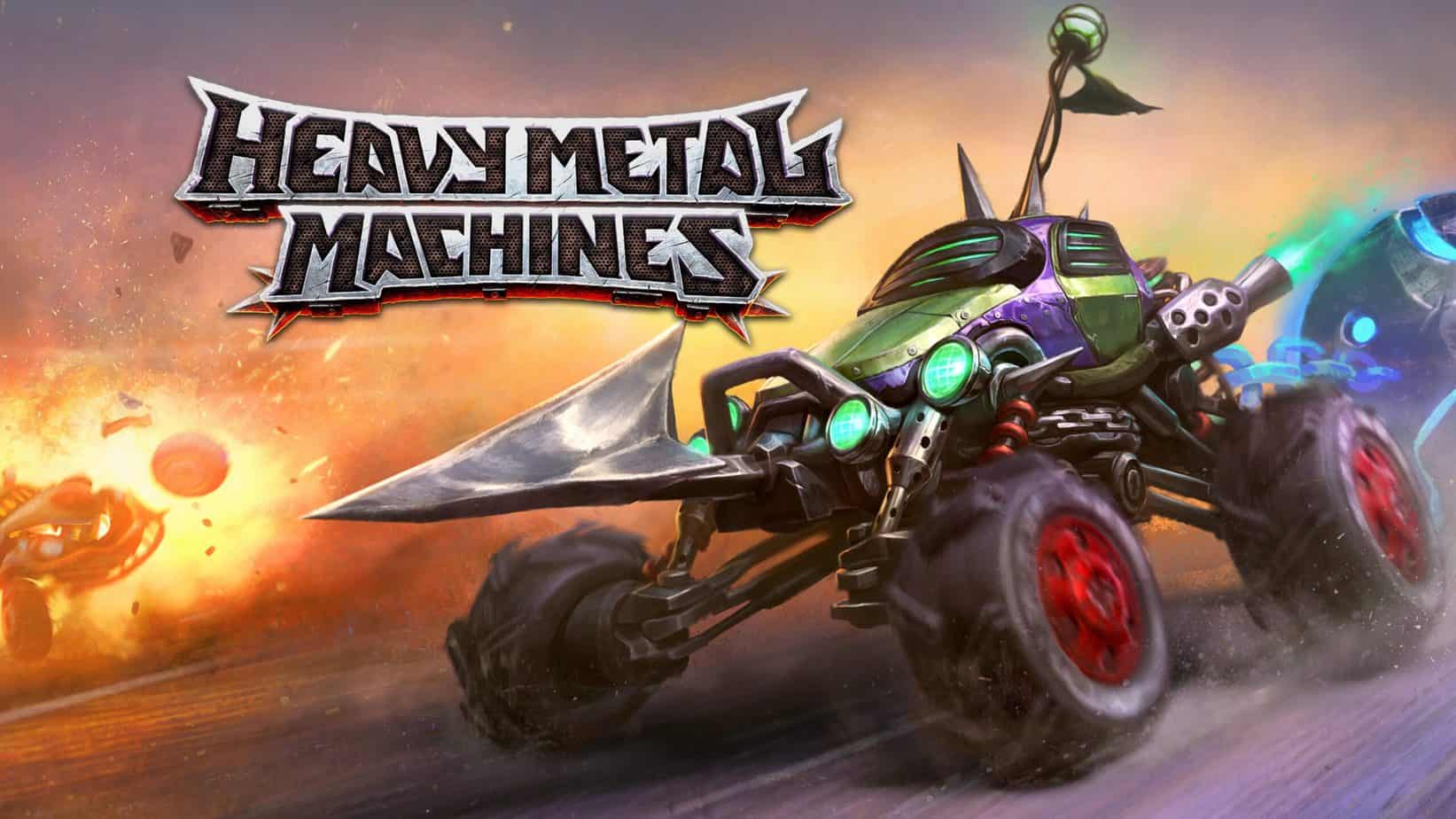 Set in a world where everything seems crazy, In Heavy Metal Machines, you can command a wide range of machines and pilots in 4v4 encounters in which delivering the bomb to the enemy base is the main objective. The player carrying the bomb must run around the track while the opposing team attacks him.

The machine arms all have their own armaments, from destructive ones that injure your enemy to control options that keep them at bay to movement abilities that let you gain a tactical advantage. All of these factors need to be coupled with your team’s ability to beat the enemy. You’ll play a part in the team as a bomb carrier, support, or protection, depending on your skills. You may personalize your ride even further by purchasing character skins and special parts in the garage.

Attacks that cause enemies to drive into the wall get burnt with deadly skill shots or damaged if they’re near: These are some of the skills possessed by each machine. Though they’re less versatile than regular engines, speed-enhancing tethers on support machines can give you a temporary speed when close to you. 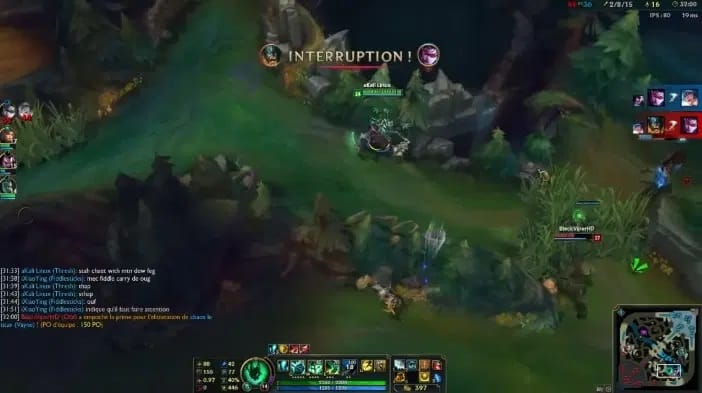 So, the first Alternative to DOTA 2 that we have is the league of legend. Like its name, the game is indeed a battle of legends, and for legends, that not only works as the better alternative but is as good as DOTA 2 and gives it a tough competition.

The game offers a decent variety of heroes and has very competitive gameplay. The game’s interface is immaculate, straightforward, and user-friendly. And it also provides tutorials for beginners to learn the basics of the game.

The best aspect of LoL is that it functions seamlessly even on low-end computers, so there is no need for a gaming rig to get the game running. Moreover, the game is a perfect amalgam of RPG and strategy. It lets its users control the game by allowing gamers to bring their champion to fight and later champion and influence it with the help of spells and runes.

As far as the level of expertise is concerned, it solely depends on how well your skills are in the MOBA genre. The users are capable of buying heroes and accessories with in-game currency and with real money too. A free champion option is also available in this regard. 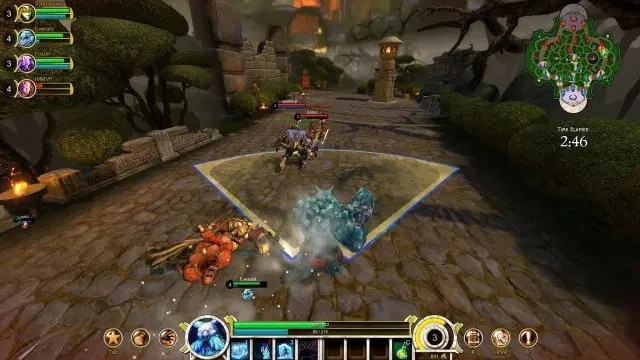 SMITE is the next option in the list of Games Like DOTA 2. It is one of the best games that promise to bring innovation by introducing mythological Gods as players. So, who wants a weak hero when he can choose Gods from various mythologies and religions? Zealous and intense Gods like Zeus, Thor, Loki, etc., are the leading players in SMITE.

The slightest setback to the game is that everyone chooses the same Gods because they are more potent than the other, making the entire experience a bit monotonous; however, if you are experienced enough, you can ace with any God you choose. Moreover, you can also buy items at the start of the game to get advantages over your enemies and boost your Gods.  You must remember that you have got to be quick enough if you want to play this game. 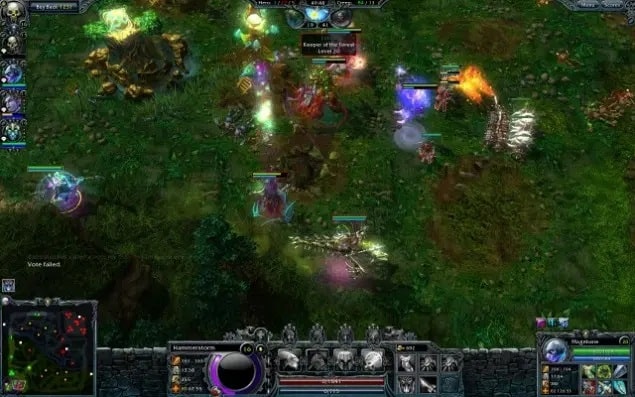 Another best option on the list of the best Games Like DOTA 2 is the Heroes of Newerth. The game’s theme revolves around building tactics with the team and attacking the enemy to crush them. The game emphasizes team play and strategy gameplay.

Though the game is based on Warcraft 3 mod: DOTA, the unique new elements make the game more exciting and different than other games out there. The best thing about the game is that it focuses on teamplay instead of individual attacking, and the gameplay is also fast-paced.

As far as the figures are concerned, it offers more than 12 playable characters for free. The players can also purchase extra material if they wish to buy in-game currency or real money. It is recommended to play ranked mode to earn fancy ranks and become the number 1 player.  All you need is practice, time, and patience to reach the top. Arena of Heroes is yet another Alternative to DOTA 2. It is new and a unique entry in Games Like DOTA 2. It is the perfect mixture of turn-based RPG and strategy games, and it lets the single-player control the entire team. Each individual gets a chance to control the whole team upon their turn. This feature makes the game pretty interesting and intense, too, as there is a chance of losing the entire match if you make a wrong move. Hence, you should make sure to have a strategy before you make any move.  Playing Arena of Heroes is akin to playing chess on a MOBA battlefield along with your heroes.

Being a newbie, the game offers only 12 characters at the moment. These heroes are available for free weekly, so you get to experience all these characters before buying any of them. This game is compatible with PC, Mac, and Linux. 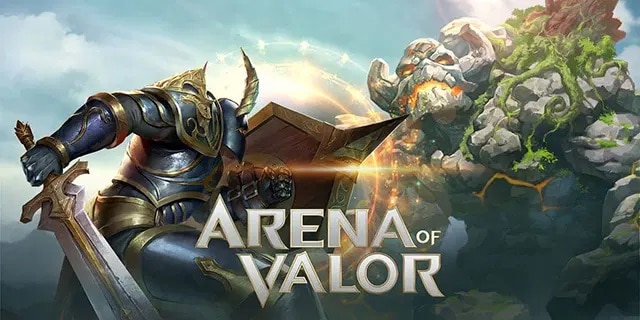 If you are tired of DOTA 2 and haven’t given up playing games altogether, you can always opt for a game similar to DOTA 2 that can also be played on smartphones. The game is essentially like DOTA 2, and it also resembles League of Legends, but it is for smartphones mainly.

Besides being a Games Like DOTA 2, Arena of Valor is a global version of Strike of Kings, a top-rated game in China. It follows the structure Similar to DOTA 2, and it also renders access to various Heroes accompanied by four other teammates on a recognized 3-lane map.

At the moment, Arena of Valor is capable of providing 40 heroes. It has also introduced different modes, 3v3 mode for fast matches and a 1v1 mode to assist in your battles against players. Vainglory is the final option on the list of Games Like DOTA 2. It is perfect for touch-based gameplays, which means it is a phone-based game. This game is available on iOS & android both and works seamlessly on mobile phones. So, those who have phones as their only gadget can now experience DOTA2 with the amazing Vainglory. The game offers 3v3 mode battles and looks fantastic on-screen.

9. Heroes of the Storm 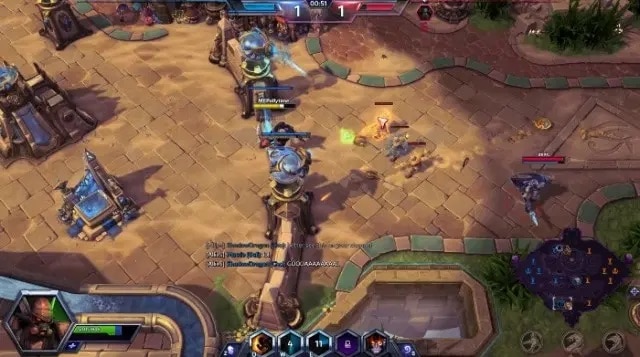 Heroes of the Storm is not just a game like DOTA 2, but it is also determined to give a tough competition to DOTA 2 and LOL. Developed by Blizzard, the owner of Witchcraft and Diablo, the game follows the gameplay fashion similar to DOTA 2. However, being a little inexperienced in the field, the game has slight setbacks also. Firstly, it doesn’t give any advantage to the player over his enemy. Heroes of the Storm huddles all the players into one battlefield. You are free to play as Diablo, Sylvanas from the World of Warcraft, Illidan Stormrage from World of Warcraft, Raynor from Starcraft, and more. This feature makes the game very interesting.

A plethora of new elements on every map gives the teams an advantage over their opponents, depending on who consumes the elements. In short, this game is downright the best in the category of new games. 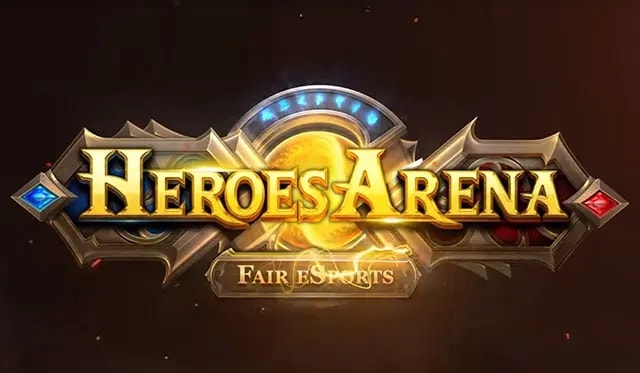 Heroes Arena is yet another fancy DOTA 2 alternative. It, like Arena of Valor, can be played on phones. The game offers 5v5 mode accompanied by teammates for destroying the enemy’s base. Moreover, its 1v1 and 3v3 modes render fast matches and focus more on strategy than raw skills.

It offers a roster of 20 heroes having peculiar abilities. It also features six distinct classes, having Assassin, Mage, Marksman, Support, Tank, and Warrior on board. The game is free and offers in-game cosmetic upgrades to alter heroes’ looks.

Heroes Arena’s champion roster is a little behind and can be disappointing for those used to a large variety of champions. In short, it is a decent addition to the list of best games like DOTA2.

DOTA 2 is quite popular among gamers and is a best multiplayer online battle arena or MOBA game. The game works by organizing two teams having five players. Victory wins to the team that destroys the opposing team.

DOTA 2 requires a lot of investment in learning it first, but if you learn it, the game is worth it. On the other hand, League is slightly easier and has a better gameplay. So, in the end of the this, it all comes down to your personal preference.

Both League and DOTA 2 is considered as the best MOBA games, but the choice is definitely all yours. We would suggest you to play both games and then state your choice.

DOTA 2 has always been and is still one of the best games in the world.

We really hope the games mentioned above, Like DOT 2, are sufficient to slake your thirst for finding better Online Games for PC. If you are interested in investing in MOBA games, we recommend you try out each of these games and decide on a game that caters to your taste before planning on spending money on it. 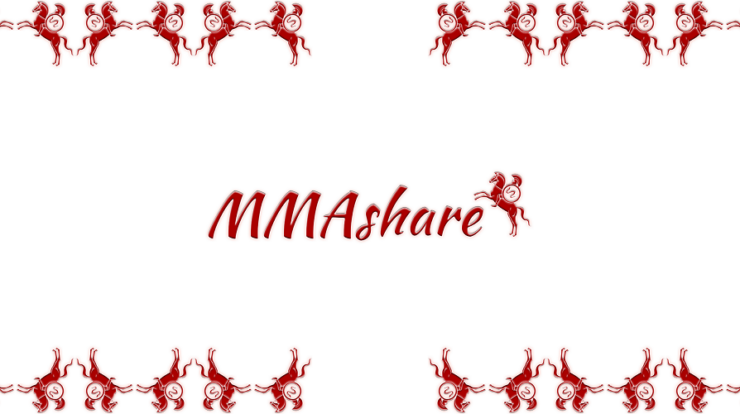 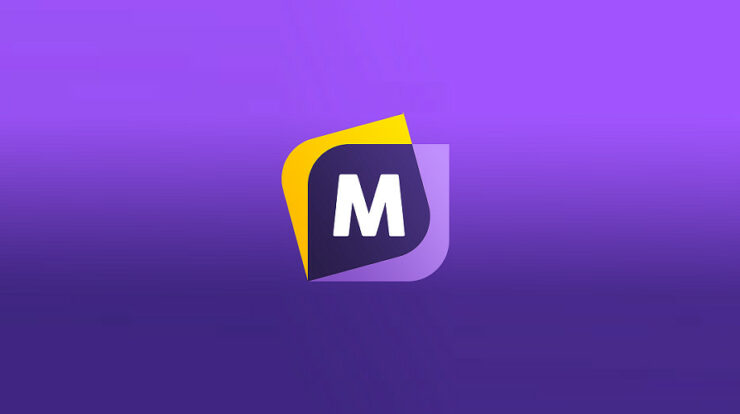 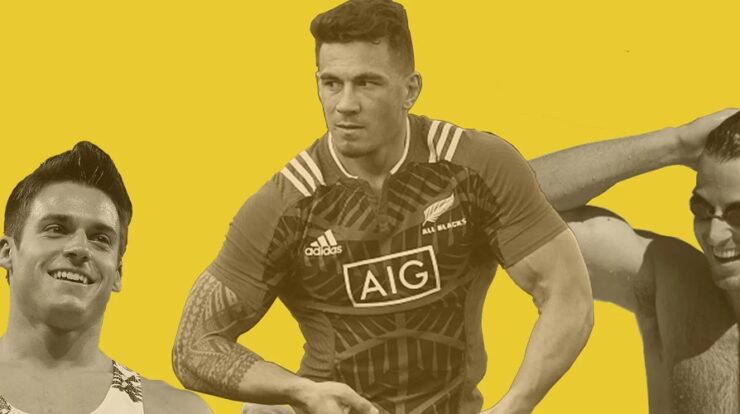