Home Entertainment The Inside Story Of Venus Angelic: The Living Doll 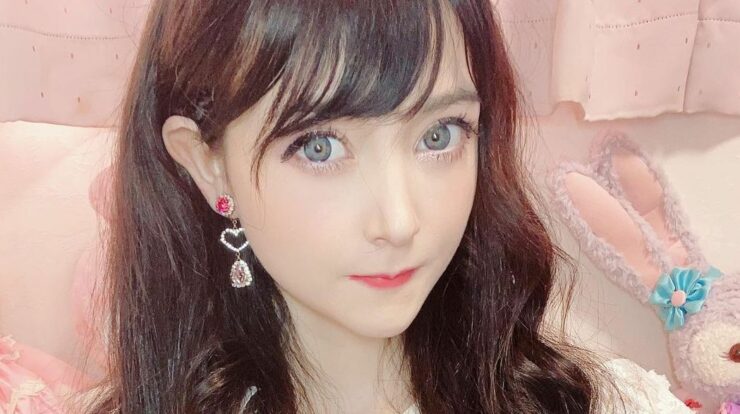 Venus Isabelle Palermo is famous as Venus Angelic in her YouTube videos. She was born to Swiss parents on February 8, 1997, in Brugg, Switzerland. She afterward traveled to London, England, before living in Japan permanently. Venus Angelic is well-known for her doll-like looks. She was dubbed a “living doll” after her YouTube teaching video “How to Look Like a Doll.” went viral due to her doll-like appearance. In March of 2012, the video became viral.

After a year after her YouTube instructional became viral, Venus Angelic released a cover version of Icona Pop’s pre-release song “I Love It,” which peaked at #71 on the United Kingdom Singles Chart.

Venus Angelic Journey as a Youtuber

She is most known as a YouTuber for her viral video, ‘How to Look Like a Doll,’ which has over 16 million views. First, her YouTube channel had normal vlogger content, and eventually, her content was mostly focused on beauty and makeup recommendations, particularly how to look more doll-like. Venus Angelic’s channel content became increasingly focused on making herself look more like a porcelain doll over time, and it eventually became her whole brand. Her Mother, who frequently accompanied Venus Angelic to interviews and photoshoots, sponsored and managed her content throughout Venus Angelic’s YouTube account.

Venus Angelic’s passion and fascination with doll-like appearances grew throughout time. Finally, however, she had a near-death experience after undergoing weight loss surgery when she was just eight and a half stone. Venus Palermo, raised in London but now resides in Japan, claims to have contacted over fifty surgeons worldwide but found just one prepared to do the surgery.

The YouTube sensation and ‘living doll,’ better known by her channel moniker ‘Venus Angelic,’ traveled to South Korea for the dramatic treatment, which involved stitching a part of her stomach to make it more diminutive and liquidating 120cm of her intestines. At first, she said that the surgery was a success and that she could maintain her weight of 8th 4lbs. She kept the surgery a secret to seem ‘naturally slender,’ but approximately a year later, she fell ill and couldn’t drink or eat anything.

Her weight dropped to just over six stone due to her constant vomiting, and she was brought to a hospital, where doctors feared for her life and had to drip feed her. The stitches had disintegrated, allowing food to enter the closed-off part of her stomach, necessitating emergency surgery to repair her stomach. ‘It was horrible when the doctor came into my room and told me we would require surgery,’ Venus, 21, said. Venus had body concerns from an early age and described herself as unwell and fat, despite her tiny stature.

Venus kept her surgery a secret for over two years because she wanted people to believe she was just ‘naturally slim.’ She even kept the surgery from her lover until she felt obligated to explain her ailment. She is now sharing her story, hoping to assist other girls going through the same thing. Venus thinks her story might discourage others from adopting such drastic measures if they are unhappy with their bodies.

3 – She is 25 years old and has the characteristics of a kid or a doll.

5 – Before becoming renowned as a YouTuber, she appeared as an extra in a Swiss film called Ready, Steady, Charlie! When she was six years old.

A Sudden Change In The Content Of Venus Angelic’s Channel

Venus Angelic is said to have changed the content of her channel shortly after her divorce from Manaki. Venus Angelic’s content as a regular beauty vlogger eventually shifted toward an adult audience. The girl whose content was primarily focused on makeup and beauty suggestions had now changed her channel’s orientation, which relied more on advertising her ‘OnlyFans’ and other NSFW content, which confused her followers. In addition, she began talking about her history of abuse and even began drinking on her channel.

She eventually declared that she would be making an OnlyFans account. While her channel, ‘OnlyFans,’ works similarly to Patreon and other adult subscription platforms, its age limitation makes it a popular medium for influencers such as Venus Angelic to publish pornographic and other NSFW content. Many people got worried about Venus after noticing this surprising change in her content, and she received criticism for alienating her younger fans by making content improper for them. So what happened to Venus, and why did she change her name?

Venus is most known for her previously viral video “How to Look Like a Doll,” which has over 16 million views. While Venus’ channel began as a platform where she shared particular vlogger content, such as what she ate in a day and some Japanese-inspired videos, her content eventually became focused on makeup and beauty suggestions to make oneself look more doll-like.

This became her whole brand, with most of her content focused on making herself look more like a porcelain doll throughout the years. She’d even make her voice seem childish to reinforce the doll-like look she wanted to project. Venus’s Mother, who frequently accompanied her to interviews and photoshoots, managed and marketed all of her content over the years.

Fans eventually saw that Venus’ Mother appeared to have an excessive influence over the content her daughter uploaded, prompting them to call her out. Venus eventually appeared to abandon her Mother’s household to live with her lifelong boyfriend, Manaki, whom she supposedly married. However, she has since divorced her husband and is now on her own, with total control over her content.

Venus’s content began to mature once she had legally separated from her Mother and ex-husband. She no longer focused entirely on the doll-like aesthetic she had spent so long developing in her YouTube videos. Instead, she discussed her history of abuse and even began drinking on her channel.

Not long after that, Venus stated that she would be making an OnlyFans account. While OnlyFans works similarly to Patreon and other subscription platforms, its age restriction makes it a popular platform for influencers to upload explicit and other NSFW content. Many of her followers chastised her for making so much of her content about her OnlyFans. Many people were worried about her since she had maintained a childlike image for most of her internet career.

While her fans were concerned, Venus was pleased with the content she was producing. While it confines the fan base she can cater to, other fans feel it is her method of limiting her content after being controlled by her Mother for many years. However, she has persuaded fans that she is content with what she is doing and the content she is producing.