Home
Lifestyle
Entertainment
DC vs Marvel Which is Better? The Ultimate Comparison

Which fictional universe is better, DC or Marvel? It’s an age-old question that always stirs up quite a heat between comic lovers. Let’s find out which is better between DC vs Marvel.

Of course, the universe expands beyond comics, and both of them have dominated the world. Today, they have once again become the primary entertainment source, admired by people across the globe.

DC vs Marvel – Which is Better?

This Ultimate Comparison Between DC vs Marvel so Which is Better? Lets Started Now.

Before the initial release of Ironman, Marvel Studios was on the verge of bankruptcy. It’s evident as they had to sell their rights. X-men and mutants were under Fox’s ownership.

Spiderman and his characters went to Sony and so on. Yes, all of these iconic characters belonged to Marvel, but nobody ever truly knew it. Not until the age of Ironman that changed history.

The Marvel phenomenon is something glorious. There’s no denying that it has reached people across the globe. People acknowledge the characters, even those they never heard of before.

People of all ages love and admire Marvel characters. You may even say that Marvel Movies have become the reason that comic book characters, movies, and shows grew to be a primary source of entertainment.

On the other hand, you have the DC universe that never saw downtime. It has always been on an all-time high. Perhaps it is due to the right partnerships with popular networks at proper timing.

DC adapted with time. You received several animated shows such as Beware The Batman, Superman, Justice League, and so on. These characters never left our lives, and we’ve always known them. They became somewhat of iconic characters.

So, Almost everyone around the world knows who Superman, Batman, and so on are. So, there’s no denying that DC always persisted in the TV media. However, its movies, especially the DCEU, are not appreciated by fans. Overall, DC-verse never left the map and always prevailed.

Unlikely Heroes Vs. The Rising Icons: DC vs Marvel

Marvel’s approach to most stories and characters has been something akin to ‘everyone can be a hero.’ The studio is known for writing characters that would be ‘unlikely’ to be heroes.

You can look at Captain America, a fragile boy. Then there’s Tony Stark, the billionaire playboy. Even our friendly neighbor Spiderman didn’t always aim to become a ‘superhero’ or to ‘help people.’

These people received their powers, recognitions, or gifts. They acknowledged it, and their experiences led them to become superheroes. Therefore, it’s entirely possible that if things had been different, they could’ve been villains.

On the other hand, DC has the ‘rising icons’ approach. They bring you these characters that look like they are born for greatness, born heroes. These heroes have goodness or a wish to do good.

Their qualities are pre-existing. They don’t develop it. Over time, they learn to own and hone these qualities. As they become heroes, we get an in-depth look at their characters and personalities.

Thus, you get compelling characters who rise to be icons. Whether it’s Batman’s vengeful crime-fighting or Superman’s kindhearted upbringing. Whatever the reason, you know where they are coming from

Overall, both studios have a particular approach in their characters.

What Does Future Hold For The Two Studios?

Marvel now belongs to Disney. Under its command, we can already see an array of several shows and movies. However, there’s an imminent threat to the universe.

ALSO READ:  What Is AnimeSuge? How To Install Free AnimeSuge

It’s entirely possible that Marvel can grow too big that it will fail to meet people’s expectations. Therefore, the studio has to find a balance and not over-deliver every time.

Meanwhile, DC is still struggling to establish a firm hold on the Media. It has some of the most compelling shows like Arrows, Legends Of Tomorrows, and Flash. However, in movies, it has Aquaman, Shazam, and Wonderwoman working well.

It will still take time for DC to become a worldwide and well-known phenomenon like Marvel. But it dominates the animated verse and TV series, so that’s something.

DC Vs Marvel: Which is Better?

If you want something you can enjoy with family, seek a way to get your friends interested in superheroes, Marvel seems like a safe bet.

DC requires an in-depth understanding and some pre-existing taste for people to grasp it. However, if you want more of a personality aspect and storytelling, then DC would be a better choice.

Let’s put it this way. Both studios have all the elements. However, DC is great at bringing you brilliant and personality-driven stories to understand where characters are coming from.

Meanwhile, Marvel is excellent at bringing ‘heroic’ tales with situations that turn a person into either a hero or villain. Both of these are great analogies of life. It all depends on what you prefect and like.

Final Words about DC vs Marvel :

That’s our 2 cents on the two dominating studios DC vs. Marvel . They are going to last for a good couple of years.

You can require each studio to keep bringing you entertainment, whether it is the video games or the movies. That all comes down to your preference and the kind of stories you love.

Feasibly, you found this informative and something that will help you solve the debate of the century! 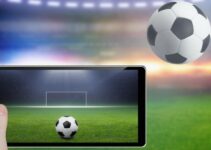 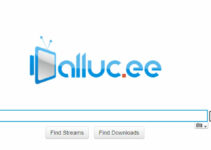