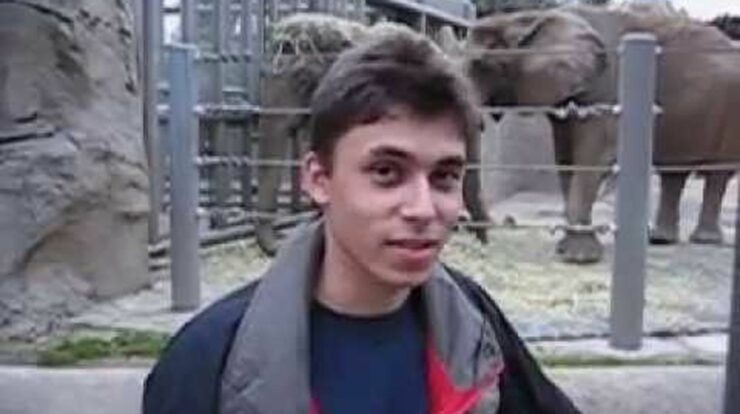 Well, Jawed Karim is a German-American internet entrepreneur, technologist, and co-founder of YouTube, the popular American video-sharing website now a Google division. Karim formerly worked for PayPal and co-founded YouTube with Chad Hurley and Steve Chen. He was also the first individual to upload the video ‘Me at the Zoo’ on YouTube. As of December 14, 2020, the 19-second video of Karim in the San Diego Zoo had received over 130 million views.

Karim designed various essential features of PayPal, including its real-time anti-internet fraud technology. He became an informal consultant to YouTube rather than an employee after its site. He moved his focus to study further while holding a smaller stake in the company than the other co-founders. Karim received 137,443 shares of Google stock after Google acquired YouTube. His other ventures include co-founding Youniversity Ventures alongside Kevin Hartz and Keith Rabois and investing in Airbnb, Inc.

Jawed was born in Merseburg, East Germany, on October 28, 1979, to Christine Karim and Naimul Karim. His father is a Bangladeshi researcher, and his mother is a German scientist who works as a research professor of biochemistry at the University of Minnesota. Ilias is his sister. He moved to West Germany with his family in the early 1980s and was raised in Neuss. His family relocated to Saint Paul, Minnesota, in 1992, when he attended Saint Paul Central High School.

Karim finished his Internship in 1998 with Silicon Graphics Inc., an American high-performance computing manufacturing company that manufactures computer hardware and software. He was assigned to work on 3D voxel data handling for large data sets for volume rendering. Karim was one of the first workers of PayPal, an American company that works as a global online payment system. While there, he strengthened his ties with two other early workers of the company, Steve Chen and Chad Hurley. YouTube, a video-sharing website, was launched by the three in 2005. Karim created and implemented several of PayPal’s essential components, including a real-time anti-fraud system.

Karim was inspired to create YouTube after finding it difficult to obtain video recordings of two occasions. These featured footage from the Super Bowl XXXVIII halftime show scandal involving Janet Jackson and footage from the 2004 Indian Ocean earthquake and tsunami. In addition, hurley and Chen stated that the concept for YouTube was inspired by the dating site Hot or Not.

YouTube’s domain name was established on February 14, 2005, and the site was gradually built over the next few months. It began as a venture capital-funded technology startup company, with initial funding of $11.5 million from American venture capital firm Sequoia Capital and $8 million from Artis Capital Management. Previously, the company’s headquarters were established in San Mateo, California, above a pizza and a Japanese restaurant.

While employed by PayPal, Jawed met Chad Hurley and Steve Chen, two men with whom he eventually co-founded YouTube. On April 23, 2005, he launched his YouTube channel, ‘jawed,’ and posted his first video on the video-sharing website. The video, titled ‘Me at the Zoo,’ was shot by his high school friend Yakov Lapitsky and featured Karim visiting the San Diego Zoo. The video has received over 130 million views, and his YouTube channel has over 1.41 million followers.

Karim joined YouTube as an adviser after co-creating and developing the company with Chen and Hurley. Meanwhile, he resumed his studies and enrolled at Stanford University to complete his bachelor’s degree in computer science. Karim became an informal consultant of the company rather than an employee at the time of the website’s debut in February 2005 to focus on his studies.

Because of his smaller role in YouTube, Karim not only received a much lower share of the company compared to the other two co-founders, but he also went mostly unnoticed and out of the public eye as the third founder of YouTube until Google purchased the website for US$1.65 billion in November 2006. Based on Google’s closing stock price, Karim received 137,443 shares worth roughly $64 million.

In March 2008, he formed Youniversity Ventures alongside Kevin Hartz and Keith Rabois to start a venture fund. Then, in April 2009, he invested in the inaugural Seed round of Airbnb, Inc., a San Francisco-based company that operates as an online marketplace and hospitality service. As a result, he became one of the key investors in the company, which was established in August 2008.

When YouTube made it mandatory for all comments on the website’s videos to be made through a Google+ account, the YouTube community reacted angrily. More than 240K people signed an online petition calling for the action to be reversed. Karim also expressed his displeasure with the move by stating on his YouTube account, “why the….do I need a Google+ account to comment on a video?” He also updated the video description of ‘Me at the Zoo’… ‘I can’t comment here anymore since I don’t want to create a Google+ account.’ Several of Karim’s programming pieces have appeared in the United Business Media monthly publication, Dr. Dobb’s Journal (DDJ).

After Jawed and his pals sold YouTube, Jawed established Youniversity Ventures (Y Ventures), a venture fund. He was among the first to put money into Airbnb. In addition, he has invested investments in Reddit and several other firms. Jawed Kerim now runs the venture fund alongside Kevin Hartz and Keith Rabois.

Jawed Karim keeps his personal life discreet from the media. He also has no social media profiles; thus, no information about his girlfriend or wife is available. Nonetheless, there have been reports that he is dating Kia Abdullah, a novelist from the United Kingdom.

The net worth of Jawed Karim is reported to be $140 million.

1 – It’s now difficult to find a copy of ‘Wired’ that doesn’t include YouTube.

2 – There is a lot of noise and hype in Silicon Valley. People are thrilled about all of the Facebook things, especially the Facebook apps. It’s just been a lot of hoopla over the last year when There isn’t much worth mentioning.

3 – Our customers were ahead of us. They started sharing videos of all types on YouTube. Their pets, travels, and everything else. This piqued our curiosity. ‘Why not let the people determine what YouTube is all about?’ we reasoned.

4 – I was blown away by HOTorNOT because it was the first time anyone had created a website where anyone could post stuff that everyone else could access. That was a novel concept since, up until that time, the material was always provided by the people who controlled the website.

5 – I didn’t want to be the next Marc Andreessen, but it would be wonderful to be in the same room as him.

2 – Jobs before fame – Jawed Karim was one of the original PayPal workers before launching YouTube.

10 – Pets – Jawed Karim has not yet uploaded any images of his pets to the internet.