Home Entertainment Best Movies Like RRR You Must Watch 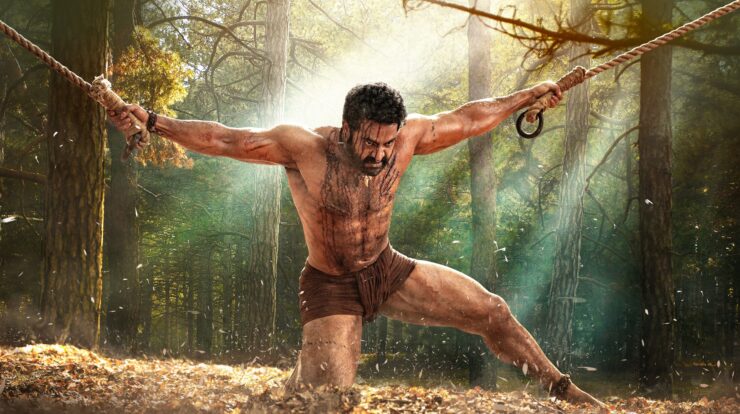 Movies Like RRR: The ‘RRR,’ directed by S. S. Rajamouli, is the Telugu-language Indian movie that has captured the world’s attention. The action film tells the narrative of two real-life Indian rebels through the eyes of two fictitious characters. RRR has received appreciation from both viewers and reviewers, and the movie has even influenced the western populace due to its fantastic plot and amazing cast. Many people are comparing it to films like ‘Mad Max: Fury Road.’ The RRR film follows Komaram Bheem (N. T. Rama Rao Jr.) and Officer Alluri Sitarama Raju, AKA Rama Raju (Ram Charan), during the British-Raj period.

Many viewers were taken aback by the film’s high quality and grandiosity. The historical movie is one of the rare Indian films that has received widespread notice in the West. However, we can’t help but question whether the movie’s acclaim is owing to the scarcity of Indian films that the foreign public has seen. The majority of these movies, similar to ‘RRR,’ are available on Netflix, Hulu, or Amazon Prime.

If ‘RRR’ has grabbed your curiosity and you’re seeking something similar, here are best 12 Indian movies that could help. 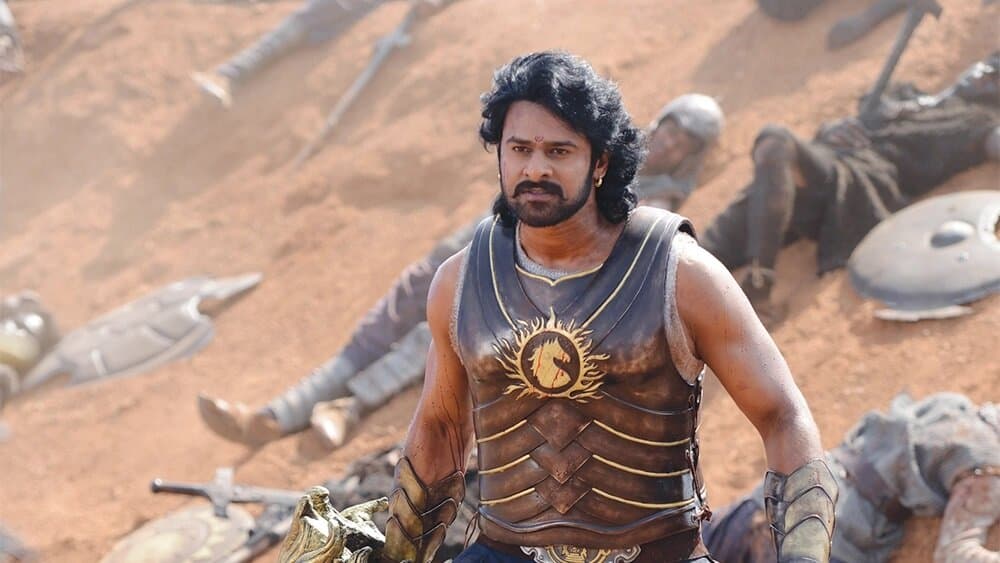 The drama film ‘Baahubali: The Beginning’ is set in ancient India. The movie is about the royal strife in the kingdom of Mahishmati. It tells the story of Sivudu (Prabhas), also known as Mahendra Baahubali, a secret prince who must rise above his humble origins and defeat his tyrant uncle, King Bhallaaladeva Chakravarti (Rana Daggubati). But unfortunately, Bhallaaladeva is also responsible for the murder of his father, Amarendra Baahubali (Prabhas), and the incarceration of Mahendra’s mother, Devasena (Anushka Shetty). It is Similar to RRR.

Infect the fact that the film is a fictitious story, the narration and cinematography give it a historical air. When it was first released, viewers couldn’t help but draw parallels between the narrative and classic Indian legends like the Mahabharata and the Ramayana. ‘Baahubali: The Beginning’ also its 2017 sequel, ‘Baahubali 2: The Conclusion,’ may be an excellent place to start for anyone interested in diving into the world of Indian historical film. Best Movies Like RRR. 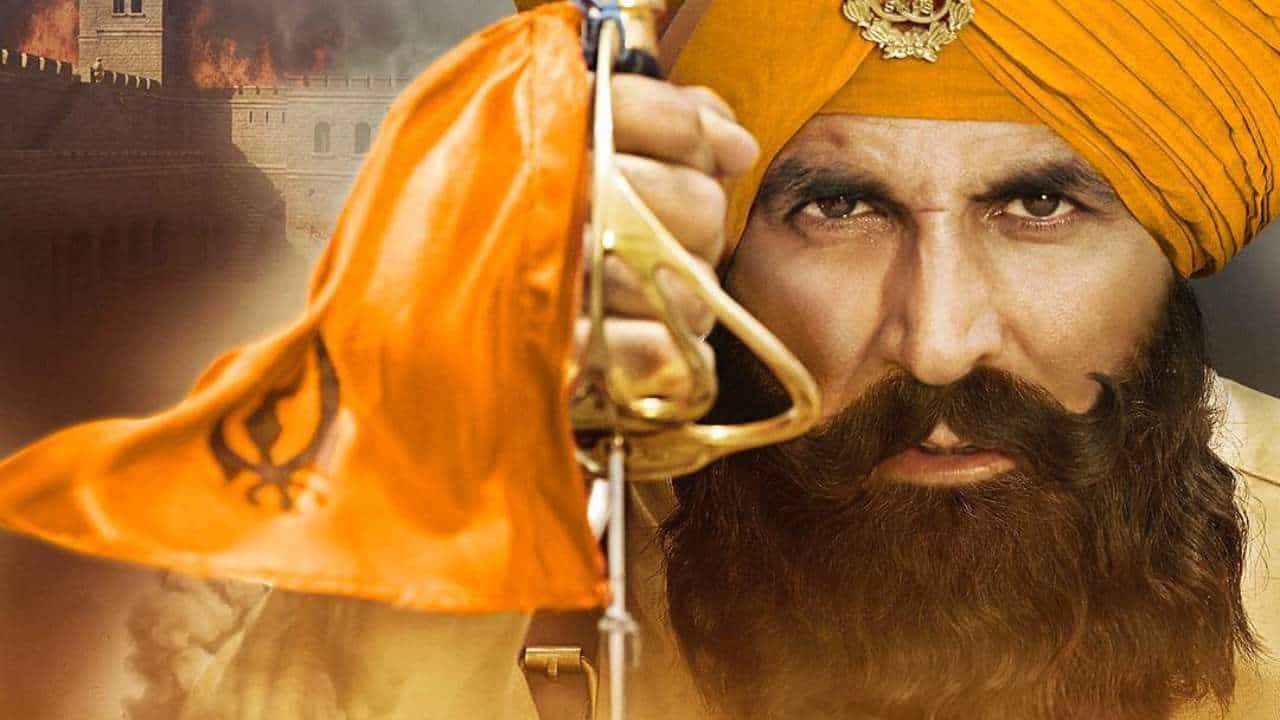 ‘Kesari’ tells the story of the British Indian Army’s Sikh Regiment, which was stationed at the Gulistan fort on the border between British and Afghan territory. The Sikh Regiment, which consists of just 21 troops, must repel 10,000 Pashtun invaders who are assaulting the border. It is Similar to RRR. Despite the overwhelming odds, the warriors are determined to defend themselves and show the world what they are made of. The story is an homage to the dead warriors of Gulistan Fort and is based on a true occurrence. ‘Kesari’ is an excellent choice for anybody searching for a movie full of bravery and drive. 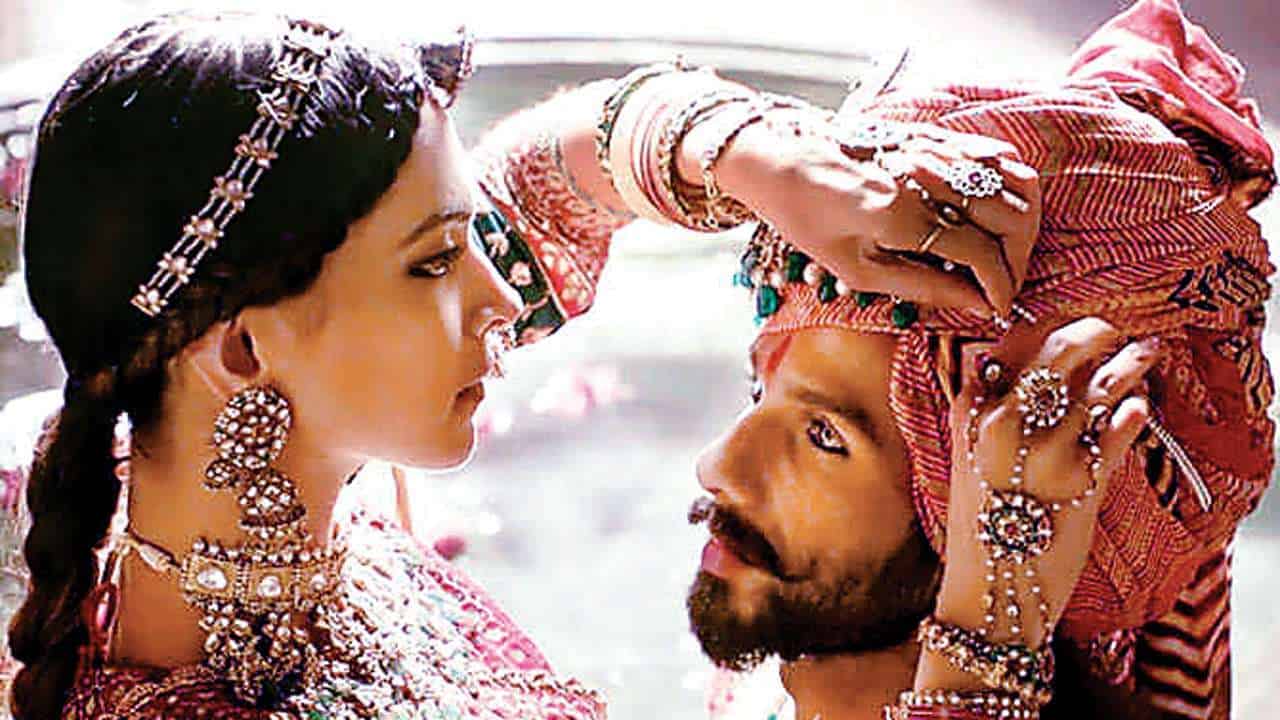 ‘Padmaavat’ is a historical movie based on Malik Muhammad Jayasi’s epic poem of the same name. The film tells the story of Padmavati (Deepika Padukone), a beautiful queen who marries Maharawal Ratan Singh (Shahid Kapoor). The legends of her beauty and elegance reach the time of Sultan Alauddin Khilji (Ranveer Singh), who raids the kingdom of Mewar in order to possess the legendary beauty. It is Similar to RRR. The film received widespread acclaim for its outstanding cast and jaw-dropping photography, but it also sparked controversy owing to the delicate subjects addressed in the film. This being said, if you want to see historical India in all its grandeur, this is the movie for you. Best Movies Like RRR. 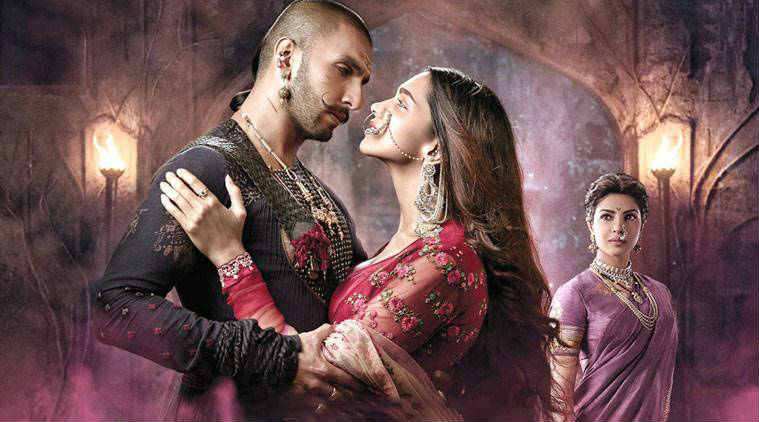 A sad love story seldom fails to captivate an audience. The story of Peshwa Bajirao (Ranveer Singh) & Mastani in ‘Bajirao Mastani’ perfectly exemplifies this (Deepika Padukone). Mastani, as the Peshwa’s second wife, is subjected to scathing scorn from society and the Peshwa family. It is Similar to RRR. Kashibai (Priyanka Chopra), Peshwa’s first wife, on the other hand, can’t help but wonder why her husband has given his love to someone other than her. The movie does an excellent job of conveying the complexities of the society of the time and the political maneuverings. 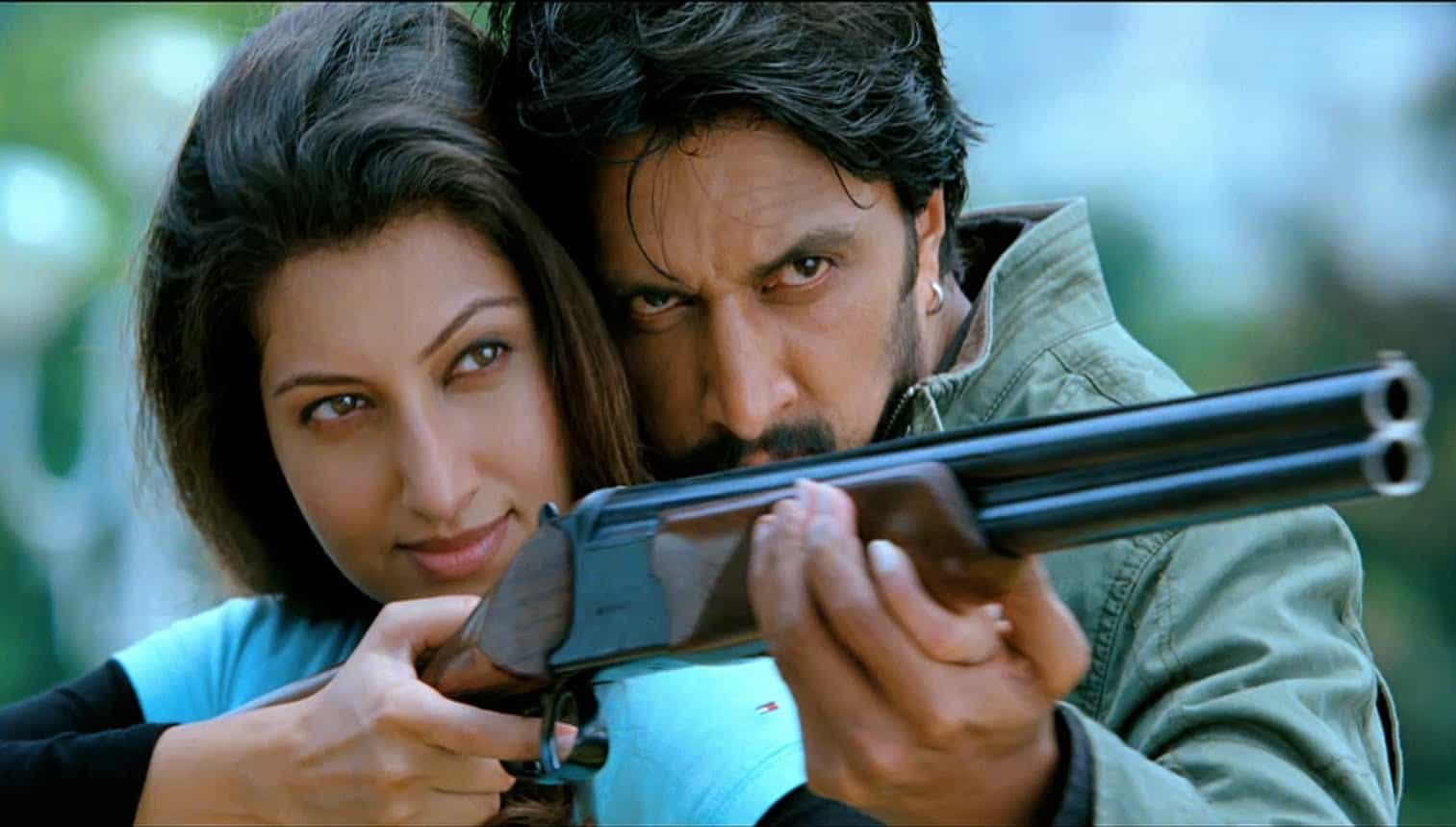 Eega,’ directed by S. S. Rajamouli, is a fantasy action film that examines the subject of rebirth. Nani (Ghanta Naveen Babu) falls in love with Bindu (Samantha Ruth Prabhu), a miniature artist who runs an NGO. However, a strong entrepreneur called Sudeep (Sudeep Sanjeev) has his sights set on Bindu and decides to assassinate Nani in order to remove his rival.

Nani is resurrected as a fly after hearing Bindu’s statement of love in his last moments. The man-turned-fly decides to annihilate Sudeep and free Bindu from his clutches. The movie is not historically historical, although it has numerous ideas with ‘RRR.’ Viewers actually enjoy a typical Indian movie experience because of the combination of humor and action. 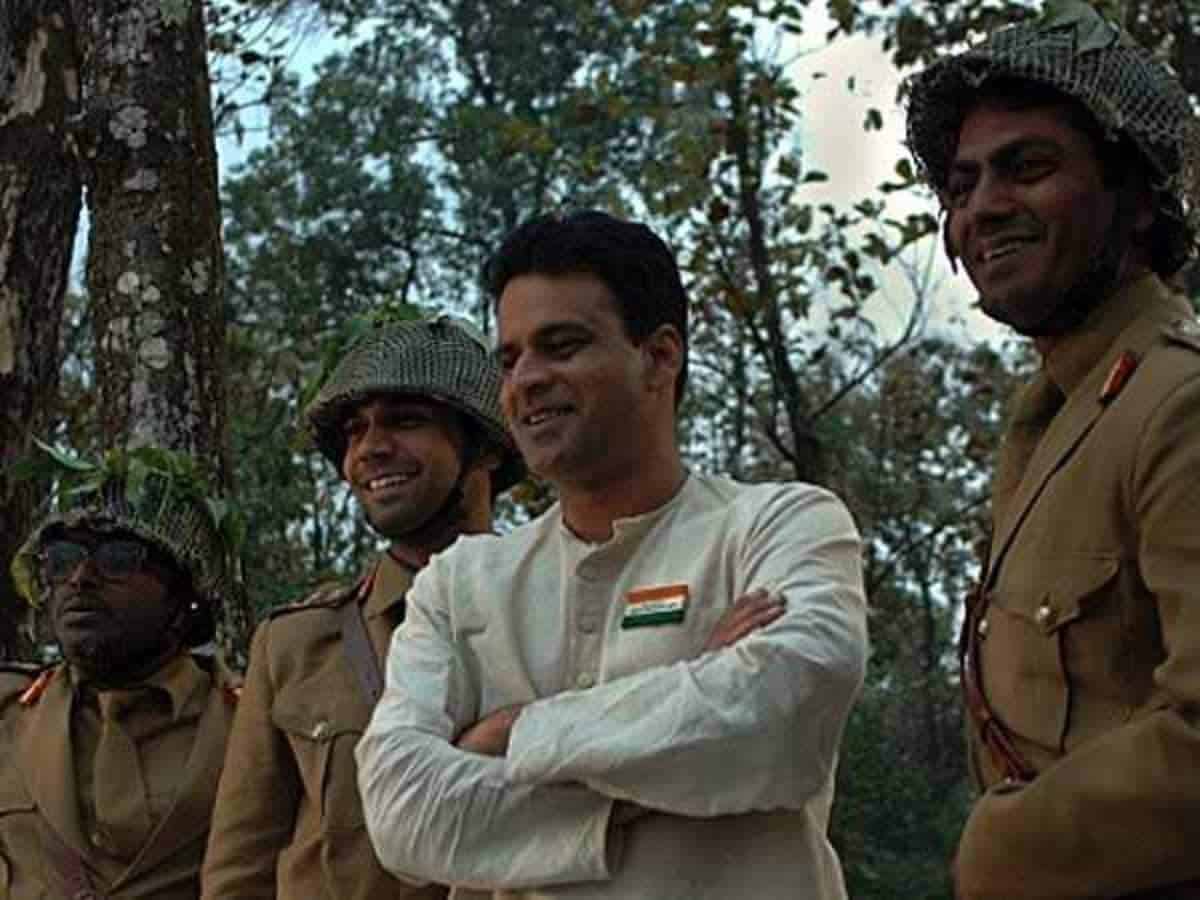 ‘Chittagong,’ set in modern-day Bangladesh, tells the story of a group of school students who chose to fight against the British Raj, headed by their teacher, Surya Sen. (Manoj Bajpayee). The movie is narrated in flashback as one of the students, Jhunku (Delzad Hiwale), recalls his teacher’s revolt. Best Movies Like RRR.

The event inspires Jhunku to become a leader in his own right and help peasants in reclaiming their crops from the British. Even in India, the incident is not generally recognized, although it is one of several revolts in which Indians fought back against their invaders and the oppression imposed on them. Fans of ‘RRR’ will like this movie, which also tells the tale of unsung heroes of the Indian Freedom Struggle. 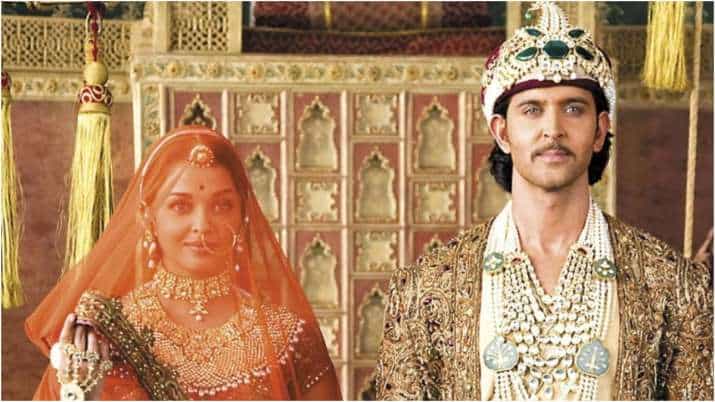 This historical movie tells the tale of a royal romance between two individuals who are drawn together under difficult circumstances. ‘Jodhaa Akbar’ plot centers on Mughal Emperor Akbar (Hrithik Roshan) and his wife, Jodhaa Bai (Aishwarya Rai Bachchan). The audience learns about how the Mughal emperor managed his kingdom, his tolerance of Hinduism, unlike his predecessors, and the tragic schemes that surrounded him throughout the movie. It is Similar to RRR. Though romance is the film’s main focus, history buffs will enjoy it as well. If you loved ‘RRR,’ you should see this film since it has a historically relevant story and a love story that rivals fairy tales. 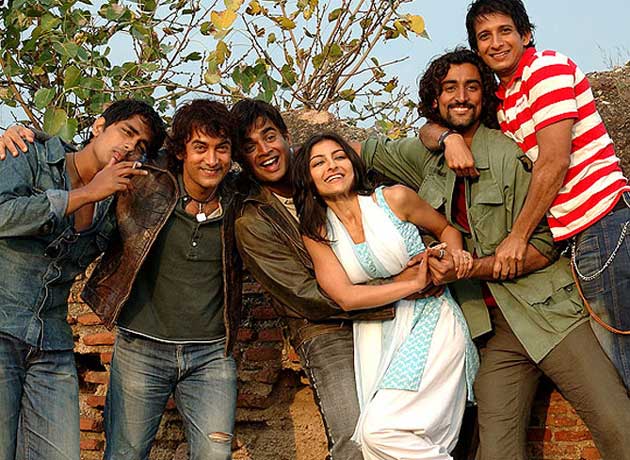 Sue McKinley (Alice Patten), a film student from London, is enthralled by her grandfather’s journal, which describes the arrest and death of five Indian independence fighters. She decides to go to India and create a movie based on the diary. She decides to cast the group of college students. However, for these students, the colonial era is little more than extra history lectures. It is Similar to RRR.

Following the tragic death of their comrade, Flight Lt. Ajay Singh Rathod (R. Madhavan), they begin to discover parallels between themselves and their film counterparts. The movie discusses various delicate subjects and concerns that are not often addressed. It made a list for describing the challenges of the British Raj and stressing the lessons provided by those who lost their lives for their nation. 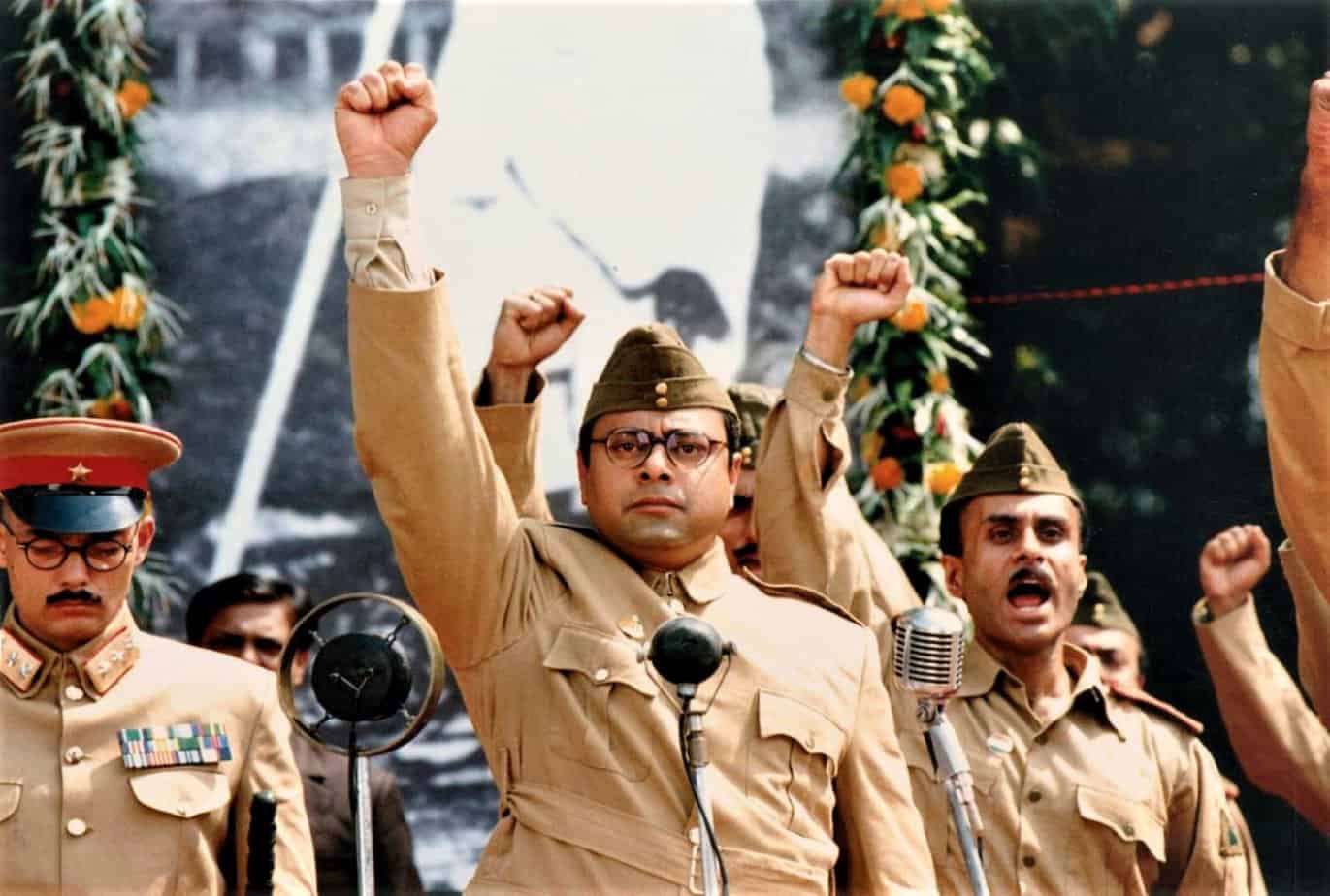 The Movie ‘Netaji Subhas Chandra Bose: The Forgotten Hero,’ a biographical movie, tells the story of liberation fighter Subhas Chandra Bose, who the British Raj arrested. He escapes and decides to utilize his foreign connections to help the Indian Freedom fight. His adventures led him to Afghanistan, Germany, and Italy, among other countries. He is forced to form alliances with unusual individuals, yet he never allows his difficulties to prevent him from aiding his hometown. Subhas Chandra Bose is a well-known revolutionary in India. His acts and political differences shown in the movie teach viewers about others who followed a different route than Mahatma Gandhi. Best Movies Like RRR. 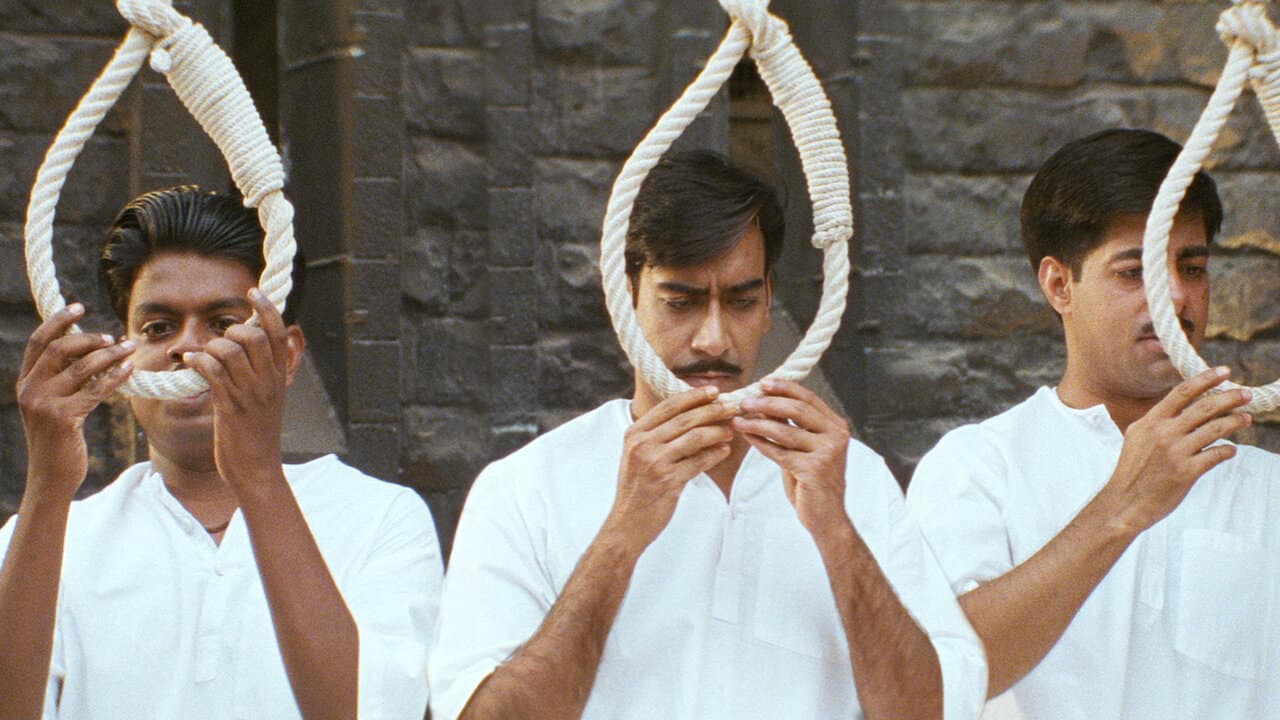 Bhagat Singh is widely regarded as one of India’s most cherished independence fighters. Because of his modest beginnings, academic background, and sacrifices, the guy has become a famous character in Indian history. Bhagat Singh, born in Punjab, was first highly influenced by Mahatma Gandhi. However, he grew disillusioned when Gandhi ended the non-cooperation campaign in 1922 and began seeking alternate measures to help India achieve independence. His story is eloquently shown in ‘The Legend of Bhagat Singh,’ in which Ajay Devgan takes the famous Indian Revolutionary. 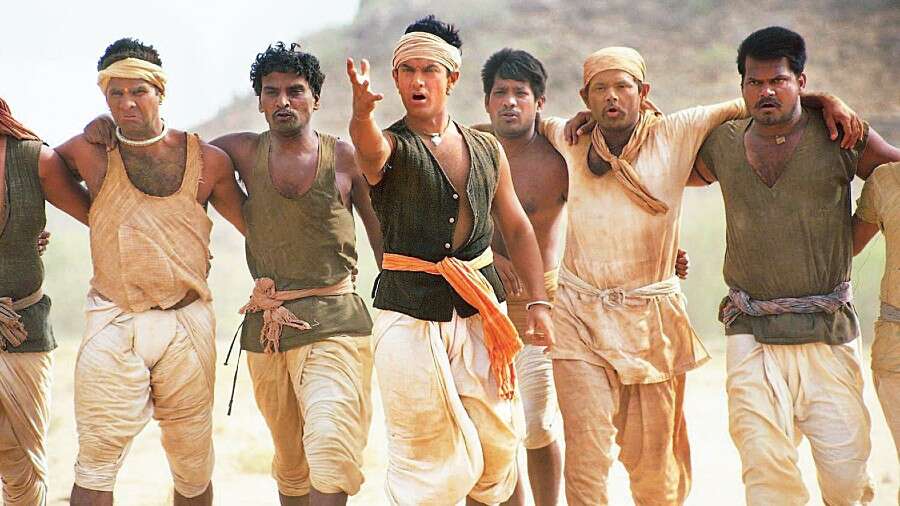 The regular people suffer the most from the tyranny of those in authority. ‘Lagaan,’ a fictitious story set under the British Raj, is set in a village that has been unable to cultivate any crops owing to a lack of rain. They approach the Raja seeking a tax exemption. During the conference, the Raja is distracted by a game of cricket, which is mocked by a young farmer called Bhuvan (Aamir Khan). It is Similar to RRR.

But, he is overheard by Andrew Russell (Paul Blackthorne), a ruthless East India Company commander. Infuriated, Andrew wagers that if Bhuvan defeats his team, he will waive the village’s tax for three years. Despite his lack of understanding of how the game works, Bhuvan accepts the challenge to help his village.’ Lagaan,’ like ‘RRR,’ illustrates how British rulers exploited ordinary Indian people and how Indians fought back in whatever manner they could. 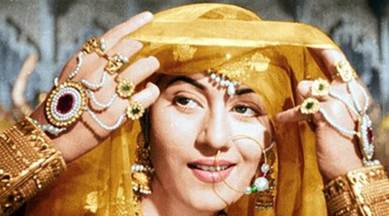 ‘Mughal-e-Azam’ is possibly India’s most well-known historical film. From its music to its script, the movie grabs the hearts of its audience and is often mentioned even now. The movie is set during the time of Emperor Akbar (Prithviraj Kapoor) and centers on the ruler’s son, Prince Salim (Dilip Kumar). It tells the story of the prince’s doomed affair with a court dancer called Anarkali (Madhubala). The disparity in their socioeconomic standing causes a tumultuous love story with a terrible finish. This movie is a must-see for anybody interested in the genre of Indian historical film. Not only is the film legendary in its own right, but its surroundings provide an audience with the splendor of Indian courts at the time—the best Movies Like RRR.